I am in the process of migrating services from properitary, closed solutions over to open and libre products. OwnCloud, SubSonic and iRedMail replaced Dropbox, Google Drive, Google Mail and Calendar, as well as Spotify (way smaller library admittedly).

A remaining bummer was my reliance on Android with a significant amount of Google services. So I was happy to give Mozilla’s Firefox OS a chance. Here are my experiences so far. 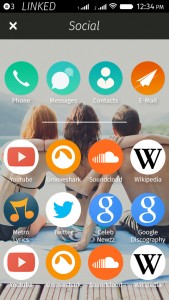 The latest Firefox OS available for my hardware was v2.0. So not the latest iteration (v2.2) but at least the most recent major release. Your mileage with Firefox OS v1.x may vary a lot.

Firefox OS is nice, I like it a lot. It lacks some quite some polish here and there and is missing some important features too (e.g. native copy&paste support). Performance is on the positive side! I got one of the most beefy phones available with Firefox OS (Geeksphone Revolution), though. With my former experience in building hybrid apps with Phonegap/Cordova, I was afraid this could be really bad. But it wasn’t! Scrolling, animations and also gaming work nicely most of the time. You are not getting the same snappyness like with an Nexus 5 or other top of the notch phones for Android or iOS, but it’s good enough.

Don’t expect it to be a great as Android and iOS from the user experience, though. It is less mature and less feature rich. Also you – as expected – don’t get many apps for it. Having fewer apps is not only because of low market share and thus a reduced support from mobile developers, but also based on one of the Firefox OS idioms: Instead of building for Firefox OS specifically, one should embrace building Open Web Apps.

If you only care about maturity, features and having the latest, hyped apps, Firefox OS clearly isn’t for you. If you value not being forced into vendor locks, want to feel more safe about what happens to your data and are interested in supporting open and libre technologies, Firefox OS is worth a try.

Firefox OS won’t blow Android or iOS out of the water, but it is mature enough for every day use.

I decided to go with the Geeksphone Revolution smartphone. Compared to most other Firefox OS smartphones it has pretty decent hardware and performance. The look and feeld is actually quite nice, too. I would prefer a less slippery backside of the phone (love the rubber on the Nexus 5) and the area around the backwards speaker is flat, so lying the phone on a flat surface affects the sound and volume heavily. Also the headphone jack seems not to be the best quality. However, this concludes my hardware complaints already. Pretty well done for around ~170€ I would say. At least so far…

Unfortunately my phone shows a super annoying bug: Sometime it gets confused and goes into airplane mode. This happens way too often, basically every day at least once. It gets worse because it does not indicate this at all. No indication in the status bar nor does the airplane button in the settings change. The result is, that you don’t get any calls, messages or whatsoever and you don’t know about it at all until you try to make a call or use the data connection.

I am not the only one suffering from this bug which makes the phone basically unusable if you have to rely on being available with it. All the smartphone stuff is nice, but really, I still want this to work as a phone!!

Until I can fix this issue, it unfortunately means, that I will go back to my Android phone. You can make this pretty open and libre, too: Replicant is a free Android distribution and F-Droid is an app market for free Android apps.

In the end this is an issue with the Geeksphone Revolution device and not with Firefox OS. I recommend to give it a try, just avoid this particular hardware.